Published at Renascença
on October 31st, 2019 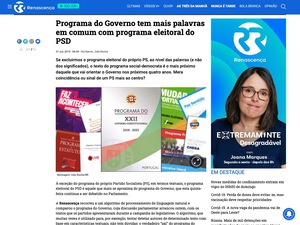 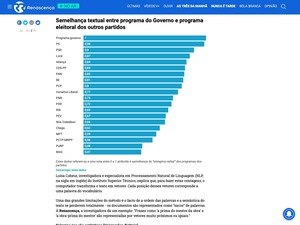 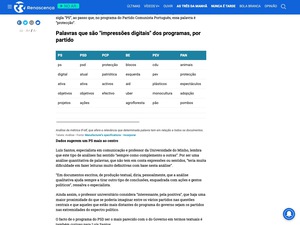 After governing with the support of the other left-wing parties in the parliament, the Socialist party won the election without a parliament majority but decided to form a government without a written agreement with those parties.

After presenting the government program, I’ve used Natural Language Processing technics to figure out which pre-election program was language was closer to that final document. The closest one was the program from the Socialist Party - no surprise there - but it was interesting to figure out that the second most close was not the ones presented by its last partners in the parliament but the opposition party - something that could suggest that the Socialist party was now more into the center than into the left.

The kind of work that shows how natural language processing can reveal interesting things from documents.